Through the years, fuel prices have changed, but our commitment to our customers has not!

Our story, much like any small town business, started many years ago right here in Kendallville, Indiana.

In 1955, Edward J. Brown came to Kendallvile, and at the time worked for the Standard Oil company delivering fuel to homes and businesses in Noble County.  As the years went by, fuel companies came and went, and it seemed that most were closing their doors.  Ed saw an opportunity to capture market share and picked up the slack where other companies dropped the ball, continuing to offer fuel delivery services to residence throughout northern Indiana.

In 1975, Ed bought credit from Standard Oil Company and absorbed customers in the areas of Avilla, LaOtto, Huntertown, Stroh, Hudson, and Waterloo in northern Indiana.  It was at this time that Brown & Son’s Fuel Company was incorporated and the groundwork was laid for the company we are today.

Brown & Son’s Fuel Company is proud to be family owned with three generations of Brown’s at the helm and our goal is the same as it has always been: to provide our our customers with the highest quality fuel and oil products and unbeatable customer service. 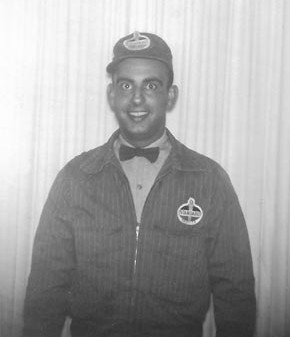